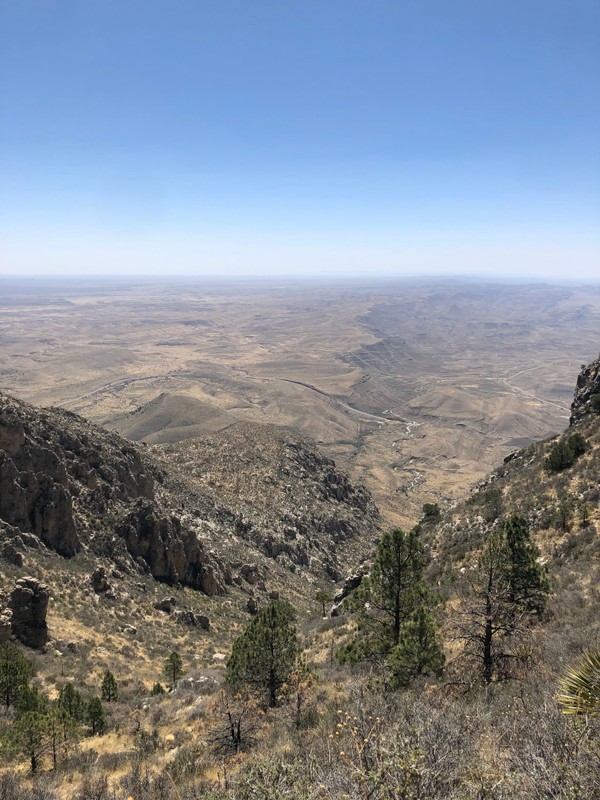 This was our first stop actually, truly, Boon-docking on BLM land!

We are lucky Justin managed to fix all the solar and inverter problems because here we are in a gravel field near the main road and far from civilization. The nearest town is called White City. It’s about 20 minutes away, and we can see it from our camper. White City has one restaurant, a hotel, and a gas station. It doesn’t exist for any other reason than it happens to be at the entrance of Carlsbad Caverns. 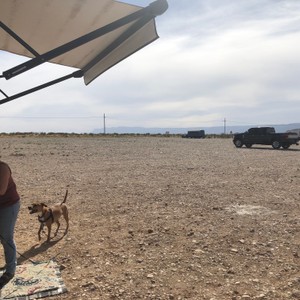 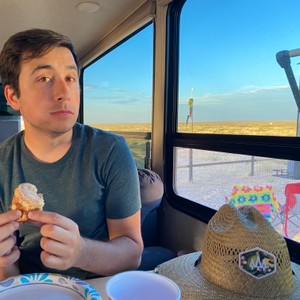 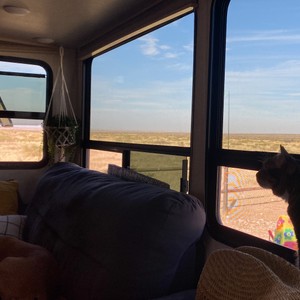 Once we arrived and picked out our campsite and got set up, we had to pick what we wanted to do. Unfortunately, it was Easter weekend, and Carlsbad Caverns was either closed or fully booked, so we ended up doing a hike to Guadalupe Peak on Sunday. Guadalupe Peak is the highest point in all of Texas.

I guess we didn't really understand what the highest peak in Texas would entail. It ended up being one of the most strenuous hikes we both have ever done. It started out fine, by which we mean it started out with crazy-ass switchbacks. But the beginning of the hike was a reasonably standard hike, dirt, gravel, not too tricky. It was amazing to see how small the trailhead parking lot looked very early on, but we didn't make much of it.

Once we got to the top of the first mountain, the trail had some pieces cut into the side of the cliff, and this is where Justin realized Melissa might not be having such a fun time. Everything continues to go well, and we continue to hike evermore switchbacks higher and higher. A few times along the trail, we ran into an older couple who were pretty chatty, so they kept us entertained as we all continued up.

Most of the trail was super sunny, so it felt great to find a nice shady tree-covered area eventually. Of course, we took the time to rest a little. 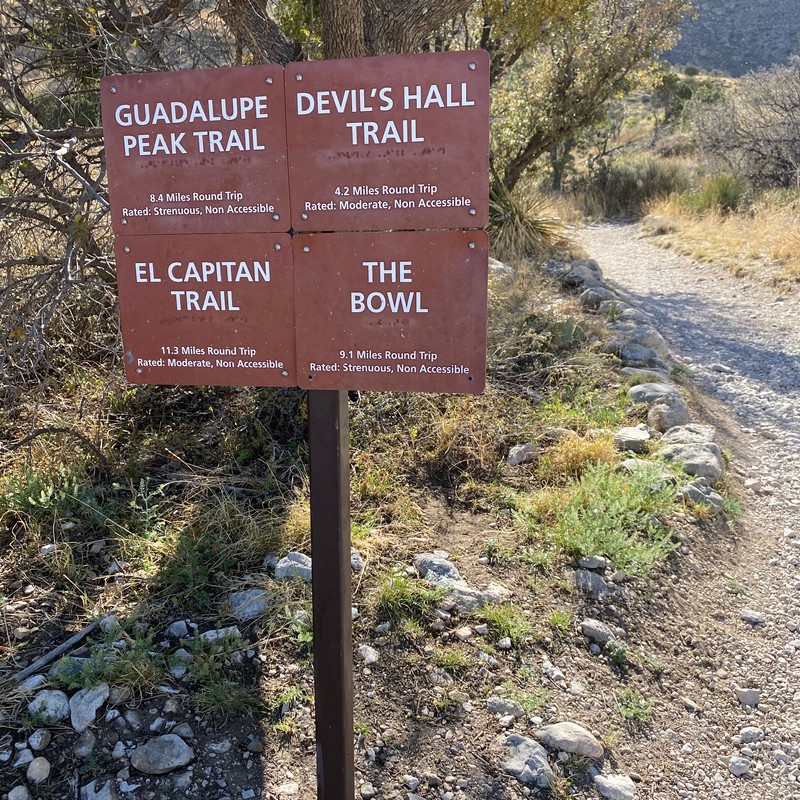 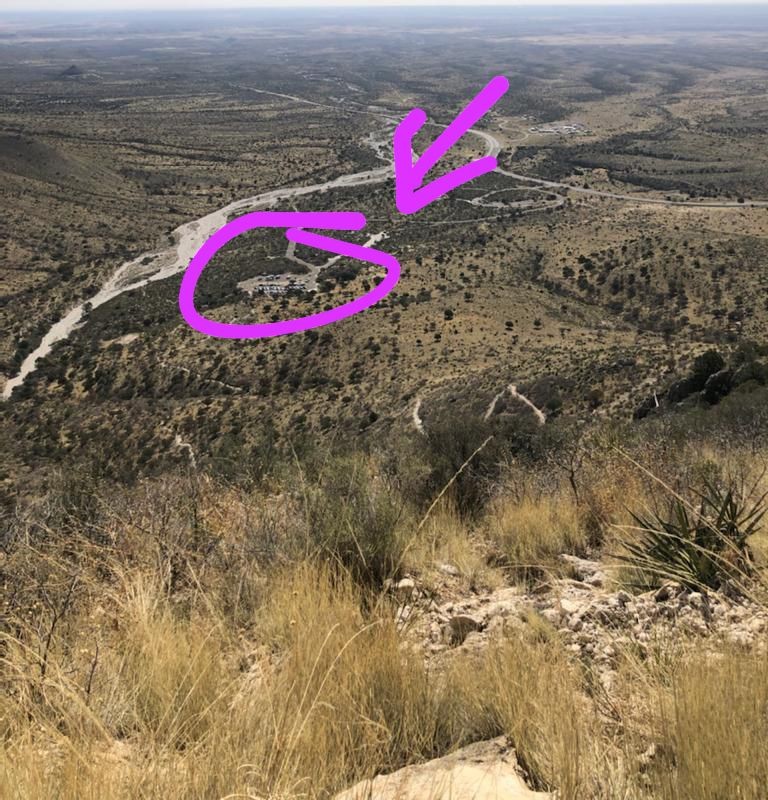 And then came the scary part… Even for Justin, it was pretty frightening.

The view over Texas went as far as you could see with all the pollution. Not only did we hike up the side of the tallest mountain, but the ground on the Texas side also dropped down. So once you're up there, you feel even extra high. There aren't many trees near the top, it's still a desert, so you can see the side of the mountain all the way down until it drops off the side of a cliff. The next closest thing you can see is another smaller mountain (El Capitan) that also has a cliff and then all the way down in the valley you see tiny bright dots, which you can only see because of the sun reflecting off cars' windshields.

This was one of those hikes where if you actually looked at the view while hiking you thought you were going to die.

When we got to the top is when we realized Melissa needed to go down immediately. Like, she had been ready to go down for a while and just didn't say anything. A little bit of fear of heights, plus a little bit of fear of breaking both ankles which has happened, plus hiking up the side of a cliff that has all kinds of slippery rock faces on it kind of added up for her.

At this point, we immediately turned around and hiked our way back down, which still took three to four hours. By the time we got to the bottom, we were both hobbling and sunburned. The trail had lots of rocks and hard surfaces about halfway up, which did a number on everyone's knees. I think the only thing that let Melissa complete this hike without a helicopter were the hiking sticks.

PS. Thanks to Justin's parents for the hiking sticks this past Christmas :) 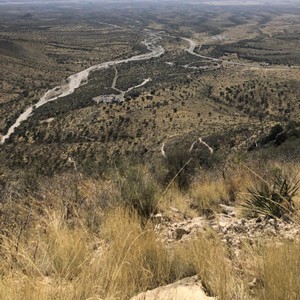 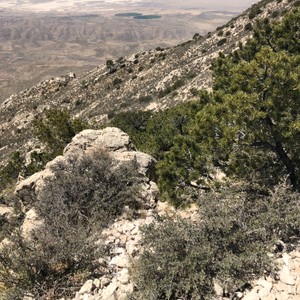 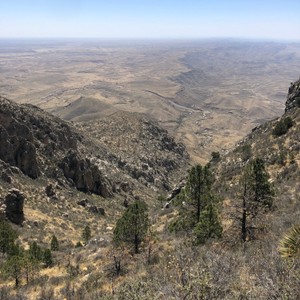 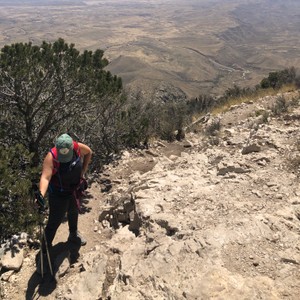 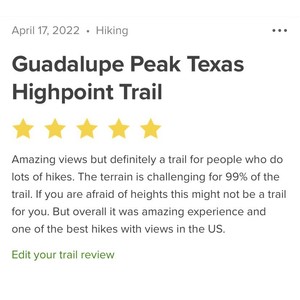 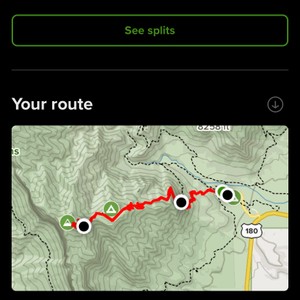 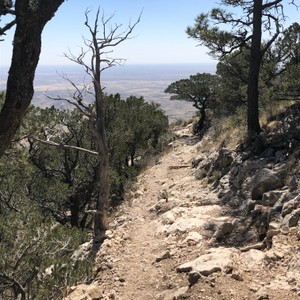 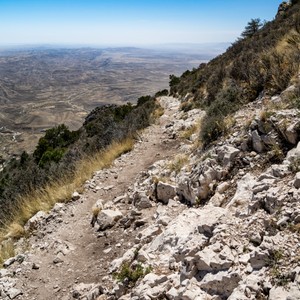 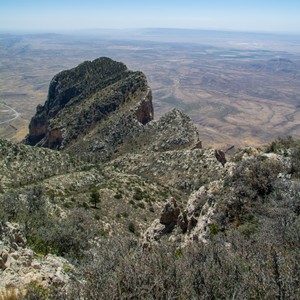 The next day we took off Monday, and we went and saw Carlsbad Caverns. That was a delightful change of pace because the caverns are nice and dark, cool, and humid. For the last month, we’ve been in desert environments with 5% to 10% humidity. That does a number on your lips, I don’t think I’ve used so much Chapstick in my life.

I’ll let the pictures of the cavern speak for themselves. They intentionally keep the caverns very darkly lit, making taking pictures extremely hard. If we had another day, I would have loved to do a guided tour of the lower levels. We could see them from overlooks within the cave, and it’s clear there’s a lot more down there that is not lit up and you have to bring a flashlight. 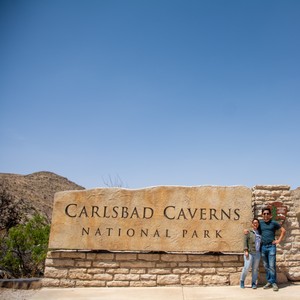 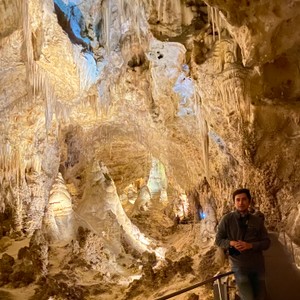 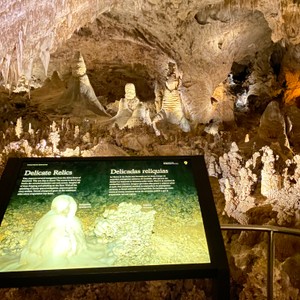 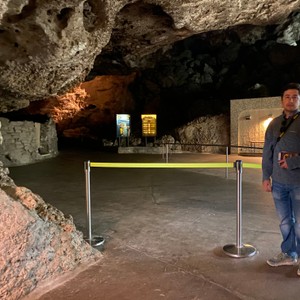 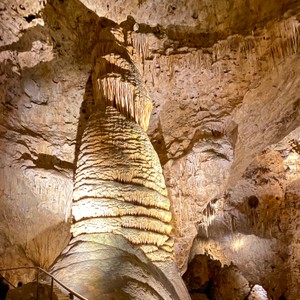 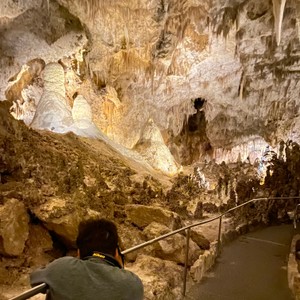 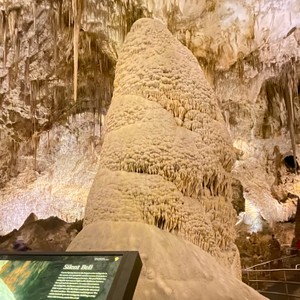 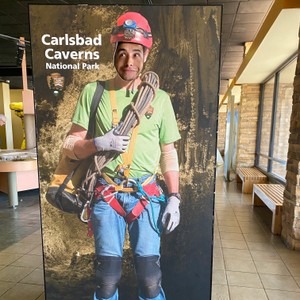 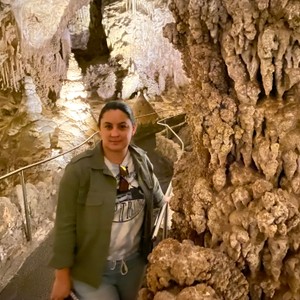 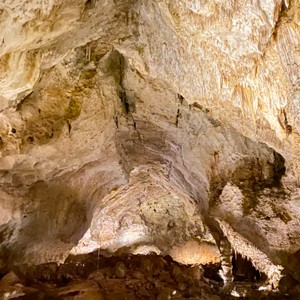 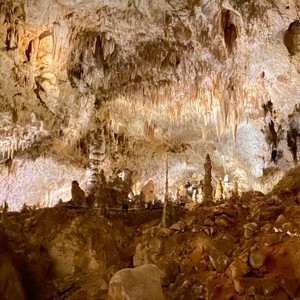 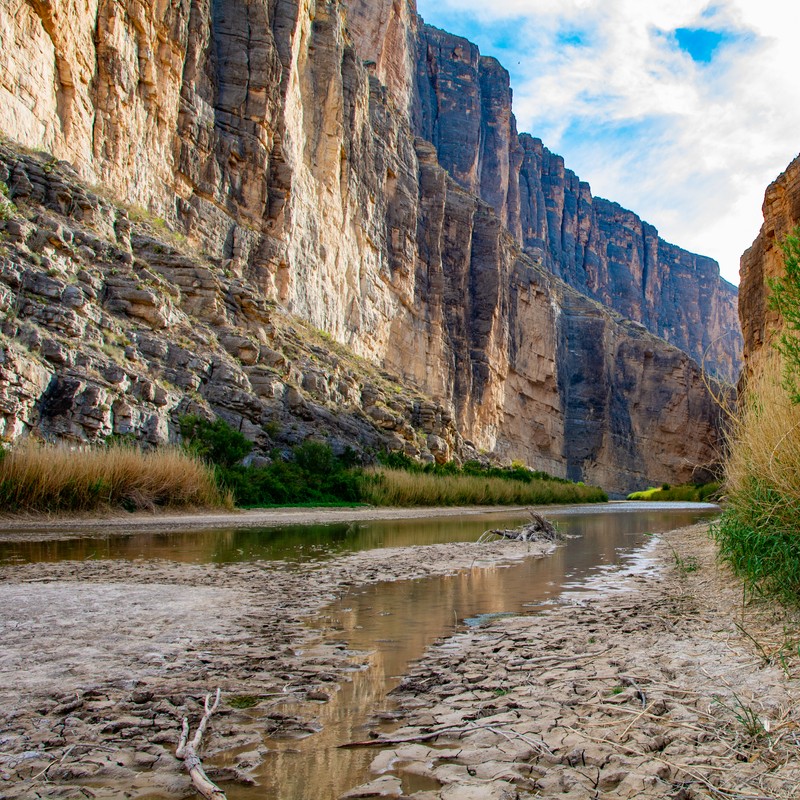 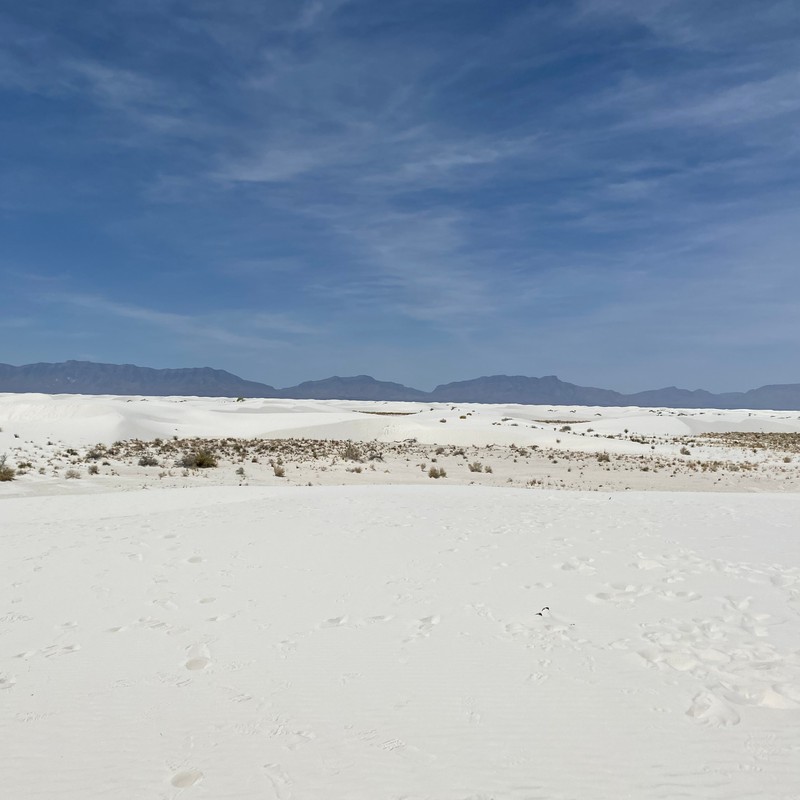